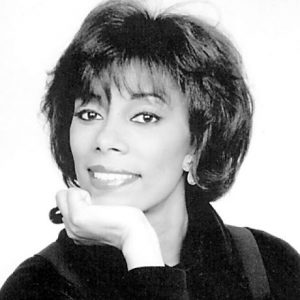 Hermene Hartman is one of the most significant and influential Black women in American publishing. As President and CEO of Chicago-based Hartman Publishing Group, Hermene publishes the must-read N’DIGO Magapaper.

It is a forward-thinking weekly lifestyle publication for urbane, progressive readers, as is the company’s website, ndigo.com. Both have become a powerhouse Black voice in Chicago. In March of 2003, N’DIGO was the first publication to cover-profile a young Barack Obama, who at the time was barely known, even locally.

N’DIGO began in 1989 with Hartman realizing that mainstream media was missing the viewpoint of half of the citizens of Chicago, the Black half. The publication filled a niche so successfully and quickly that at its height, N’DIGO was America’s largest Black weekly newspaper; the second highest circulated Black weekly publication in the nation behind Jet Magazine; and the largest alternative paper in the city of Chicago.

She has been a guest on national TV and radio programs such as the O’Reilly Factor and the Joe Walsh Show, and has been interviewed as a resource on the political life of Chicago by reporters from the Washington Post, New York Times, New Yorker Magazine, London, Denmark, Hong Kong, and Africa.

She has been referenced on the political lives of President Barack Obama, the Reverend Jesse Jackson, and Congressman Jesse Jackson, Jr., and has provided political commentary, opinion and analysis on election nights for WGN radio and TV, which air nationwide.

While publishing N’DIGO, Hermene’s commentaries were syndicated daily on Clear Channel radio station WVAZ/V103 for seven years. Prior to her publishing career, Hartman was a social and behavioral sciences professor and Vice Chancellor at the City Colleges of Chicago, the second largest community college system in the nation.

From 2004-2007, she served as president of the Alliance of Business Leaders and Entrepreneurs (ABLE), a Chicago business group dedicated to entrepreneurial pursuits that has 70 members with collective revenues of nearly one billion dollars. Hartman is the only woman to have been elected president of the organization and the only president to have served two terms.

For years, Hartman was a producer for CBS-TV’s public affairs program Common Ground in Chicago and she has served on the board of the Kennedy Center. She has been featured in Crain’s Who’s Who in Chicago, she blogs for Chicago Now, and her Huffington Post articles often cause quite the national stir. 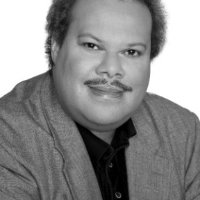 David Smallwood is a veteran print journalist in Chicago media. He is a founding member and long-time editor of N’DIGO, as well as a former Chicago Sun-Times reporter and Jet Magazine editor.

In his career, more than half a million words of David’s writing have appeared in print under his byline, including more than 100 N’DIGO cover stories, and he has edited almost three million words of other writers that have made it to the printed page.